The City of Portland creates and maintains a Comprehensive Plan that outlines goals and plans to ensure our city develops responsibly and reasonably. One of the goals in Portland’s Comprehensive Plan includes the creation of pedestrian and bicycle connections between residential neighborhoods, parks/linear greenbelts, schools, public administrative facilities, and other activity centers, wherever physically and financially possible. This includes utilizing hike/bike trails, wherever possible, to connect residential areas with schools and parks.

Drivers and cyclists must follow the Texas Transportation Code statutes regarding bike lanes. TxDOT's top tips for drivers around bicycle lanes include:

The new bike lane lines may be unfamiliar, especially during construction. Once finished, you will see a total of 3 white lines with a white bicycle symbol and arrow between the lines. Closest to the road, you will see one thicker white line parallel to a thinner white line. This designates a buffer warning zone to help motorists and cyclists maintain a safe distance, approximately 3 feet, from one another. The bicycle and arrow symbols indicate the direction cyclists should ride - always with the traffic, never against it! Finally, the single white line on the other side is the fog line. This single white line ends the designated bike lane and helps motorists and cyclists know there's a curb near by. The dashed lines indicate a drive way - letting cyclists know to approach with caution. For a visual representation of a bike lane, please see the image below. 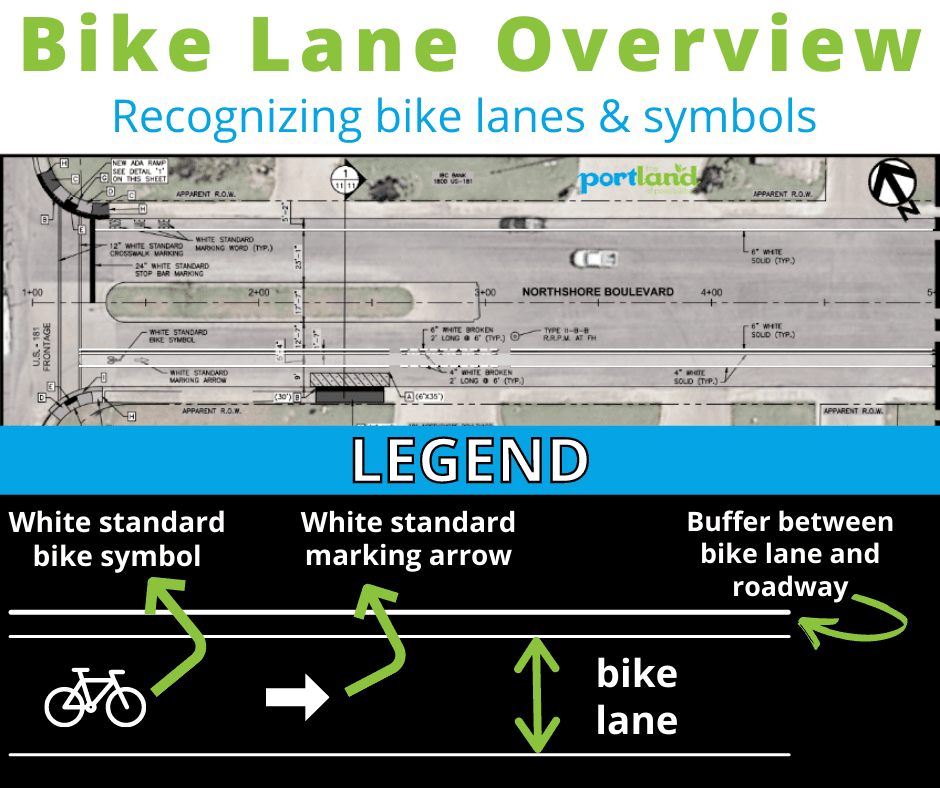